Data exploration on spacecraft and simulation-data of interstellar dust (SA)

Initial position
The world is focused on the analysis of big data, looking for needles in giant haystacks. But there exist also the opposite: small data. When you have only very few data points, how can you make the best out of it?

This situation arises when trying to understand the dynamics of interstellar dust. It is probed in situ using several spacecraft that deliver information scarcely. The dust data come are sometimes more precise but less numerous, or “larger” data-sets exist but with less accuracy for the dust mass or flow directions.

One important information that physicists try to reconstruct are dust trajectories. Interstellar dust moves through the solar system at velocities of about 26 km/s. The dust trajectories are altered by various forces like the solar gravity, radiation pressure force and Lorentz forces that vary with the solar cycle.

One straightforward way to increase understanding is to make simulations and to constrain the models with the spacecraft data. However, computer simulations do not match the data so far, and thus the mechanisms ‘behind’ the motion of the dust are not yet fully understood.

Objective
The purpose of the proposed project is to make use of the available spacecraft data and, possibly, from computer simulations, in order to ultimately constrain the dust particle properties. Also, new particles from other directions might be found, and the software can help scientists to understand better the mechanisms behind the motion of the dust.

Problem statement
For different datasets, mainly Ulysses and Cassini, the following can be done, depending on project type:

If time permits, preliminary exploration of the interstellar dust dataset of the WIND spacecraft in the frame of the simulations can be undertaken.

Technologies/Technical emphasis/References
Programs will have to be written in Python to read and analyze the data, and perform the analyses. There are several python packages available already to simplify the work, including astropy, sunpy, and heliopy. 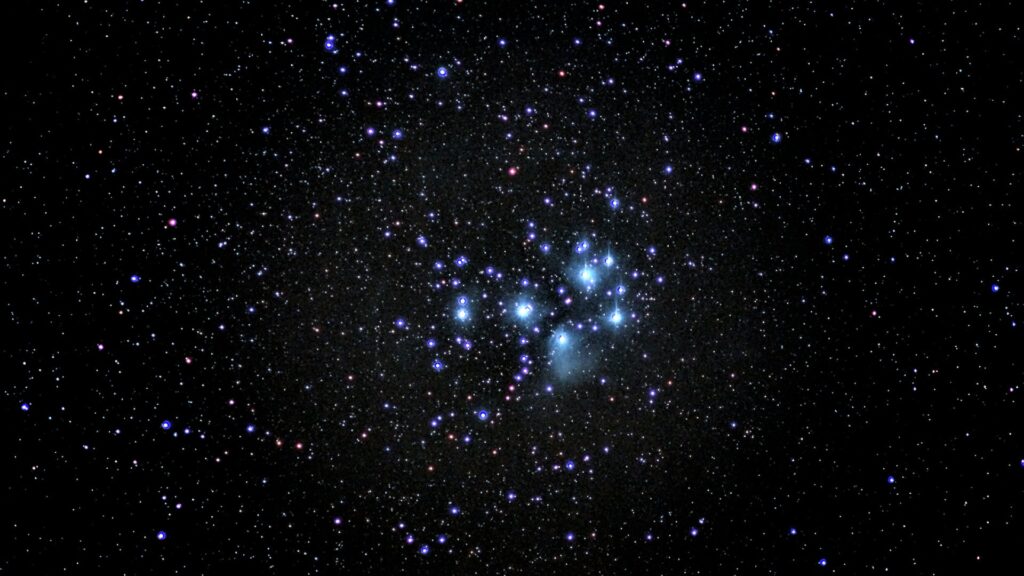 The light of the Pleiades illuminates in blue and red dustclouds in the way between the stars and us.