Helioviewer.org is an online tool for visualizing solar data. Due to its straight forward design it is used for observing solar activity, taking pictures and making videos even by people without a background in solar physics. The tool is particularly useful for outreach activities for research projects at i4Ds. However, it is difficult to find an interesting event such as a solar eruption if you don’t already know the date of its occurrence. The timeline already included in helioviewer.org doesn’t help much. In the former IP5 project ‘Visualisieren von Timelines’ (2015), a timeline for solar events featuring drag and zoom functions has already been developed. Building on this, a user-friendly timeline could be realised, leading to a considerable better accessibility of solar data for lay people.

The goal of this project is the implementation of a user friendly web application containing a timeline for finding interesting solar events of the past in order to produce images and videos of solar activity. The timeline should be embedded into a website. An interface to
helioviewer.org should be established.

– Developing a user-friendly timeline for solar events on helioviewer.org based on an existing visualisation (Integrating preview images).
– Designing a publicly accessible website for the timeline
– Developing an interface to Helioviewer.org
Particular attention should be put to careful visualization and very good user experience with beginners in mind.
The students will investigate the work that has already been done and decide at what level they want to build up on it.

This project was further developed and has already been used at several public events, including two Science Nights at the Science Museum London. 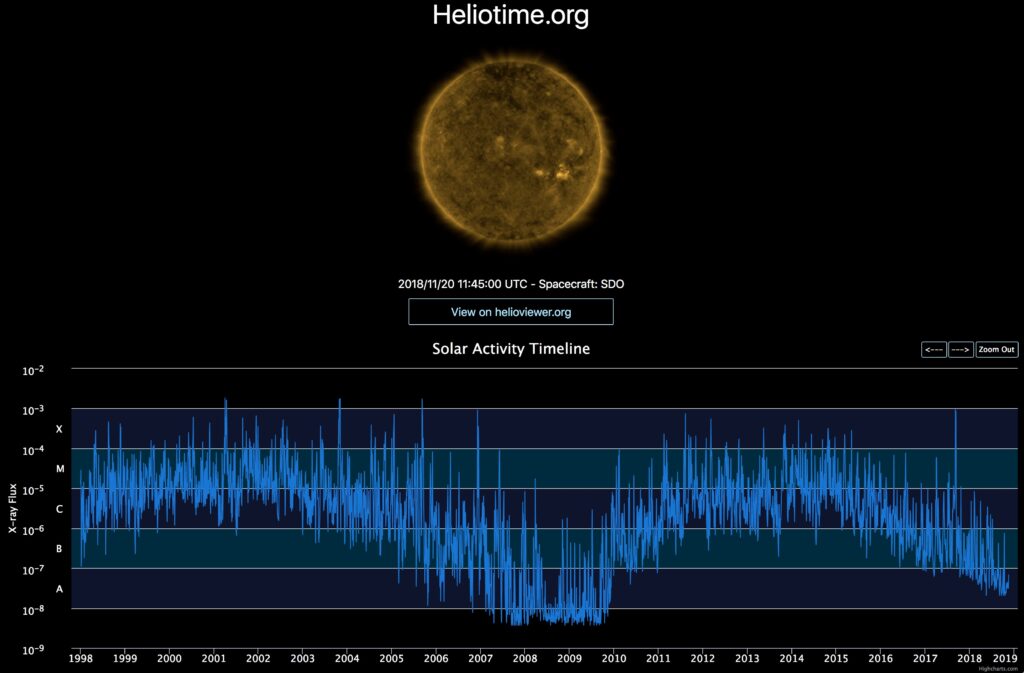